Supporting you during the coronavirus pandemic | Find Out More »

Supporting you during the coronavirus pandemic | Find Out More »

Supporting you during the
coronavirus pandemic | Find Out More » 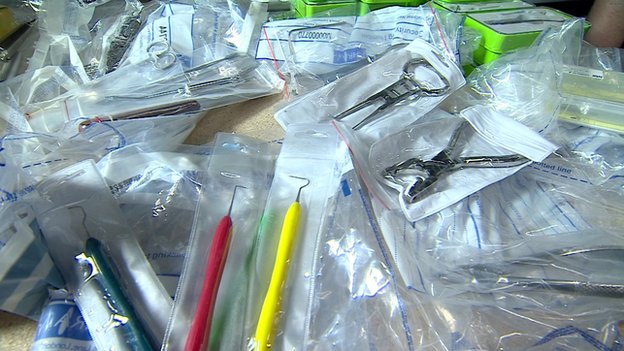 This article was on the BBC news website last week, a very interesting bit of reading, and a genuine reason not to go for the cheap option.

More than 12,000 pieces of illegal dental equipment have been seized in the UK in the past six months.
The products, ranging from drills to X-rays, were counterfeit copies of major brands or sub-standard with fake documentation.

Some products appeared to have official safety CE marks, but importers said it meant “Chinese export”.
The regulator said that dentists could be prosecuted if they knowingly bought equipment that put patients at risk.

The items were discovered during an investigation by the Medicines and Healthcare Regulatory Agency (MHRA), which is responsible for making sure that dental equipment in the UK meets safety standards.
Among the items seized on arrival in the UK were poorly made dentist power drills and handheld X-ray machines with dangerous wiring.

Danny Lee-Frost, from the MHRA enforcement team, said there was a real risk to patients from equipment that does not meet strict European safety standards.
He said: “We don’t need to stretch your imagination too far to think if you’ve got a high-speed drill, operating at 30,000 revs per minute in close proximity to your teeth, and the end falls off, it’s going to do some pretty serious damage inside your mouth.” 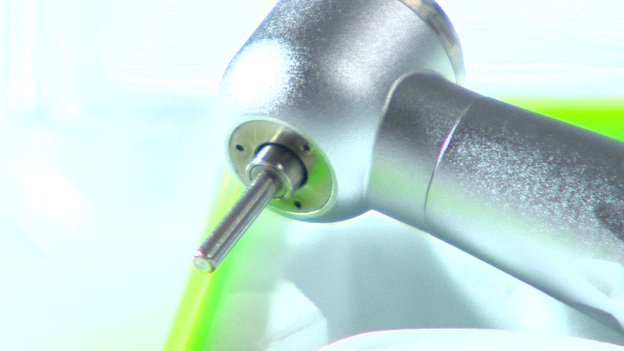 Dental equipment is easy to find for sale at a low price online, including on major e-commerce sites such as eBay and Amazon. Both worked with the MHRA in the investigation.

The MHRA said it was working with retailers to make them aware that some of the equipment was being sold with fake certificates or counterfeit branding.

Some of the drills are marked with the letters CE implying they meet the European safety standards.
When challenged, some importers have said this simply stands for “Chinese export”.

Sonia Tracey, from the dental manufacturer W&H UK, said dentists should realise that some of the drills being sold online were implausibly cheap.

She points out that dental equipment has to be repeatedly sterilised to keep patients safe, and if it is not robust enough, it will fall apart.

Jade Blinco was injured by poorly maintained dental equipment, not imported tools, but it is a reminder of the importance of safety standards.

The 24-year-old, who wanted to be a model, was left with a scar after a drill broke in her mouth.

Jade Blinco wanted to be a model

She said: “My face feels funny in winter and summer, hot and cold food, it tingles.

“I constantly worry about it – I feel it pulling and tugging even when I’m talking.”
The British Dental Trade Association has launched a campaign to encourage dentists to report suspect equipment.

Danny Lee-Frost, from the MHRA, said dentists who knowingly bought equipment that doesn’t meet regulations “could be struck off, they could be sued, all for saving a few pounds on stuff they use every day”.

« Go back to main blog page